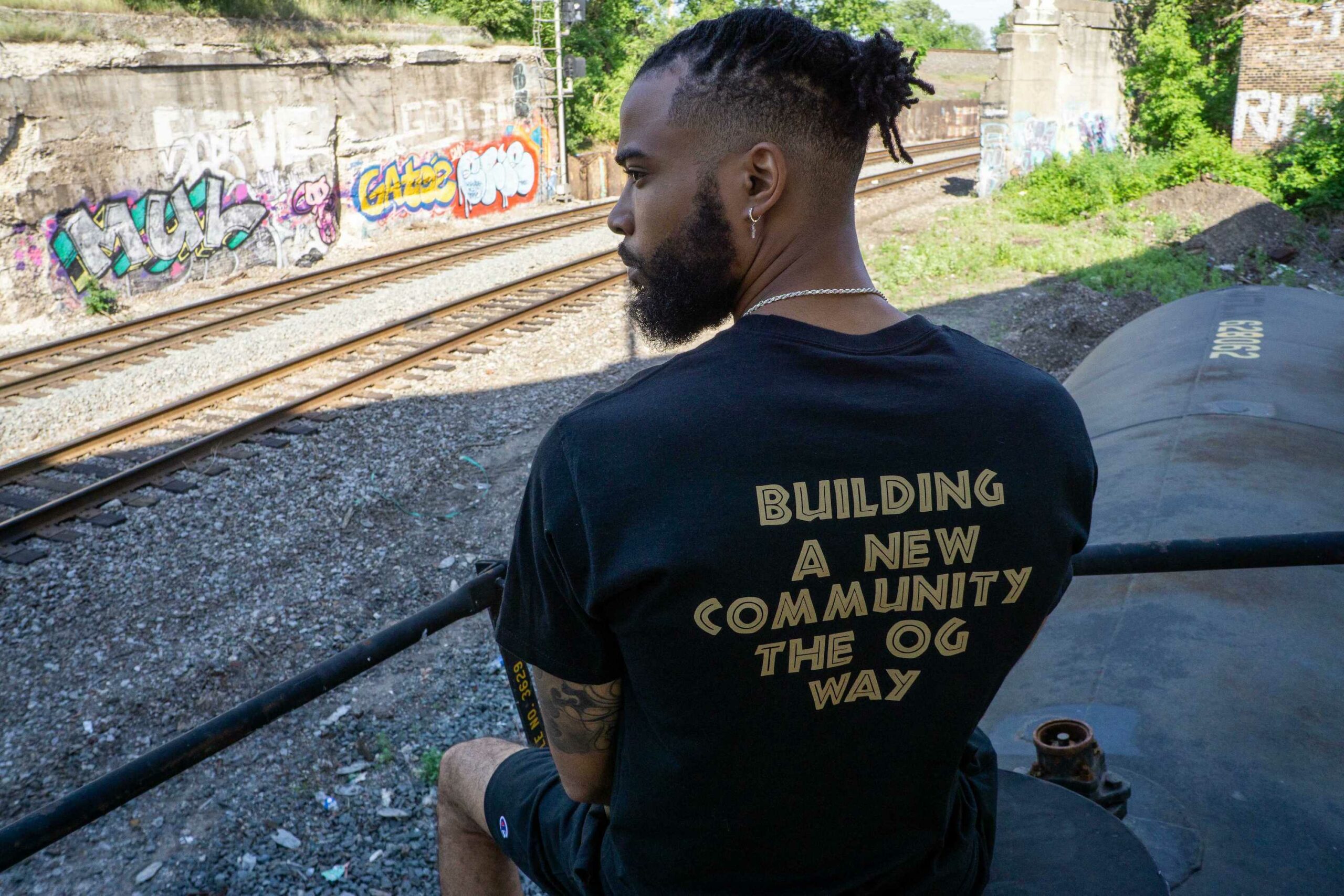 Ramon Clopton is a Client Success Manager for IntelyCare. He lives and works in the Chicago area and is a University of Illinois graduate with a degree in Community Health. He’s an alumnus of its Phi Beta Sigma fraternity. With them, he helped organize a March of Champaign – a civil protest of the unfair treatment of Black people by police officers after the killing of Michael Brown. He is an active leader of Originally Greater, a lifestyle brand for individuals embracing their originality and greatness through fashion and community service, restoration and development. Ramon struggled with the toll of sacrificing his identity, compassion, efforts to uplift his community for his personal career in corporate America… Until he started with IntelyCare in 2020

I grew up on the South Side of Chicago where I developed a relentless desire to pursue my dreams and help others in my community achieve theirs. I vividly remember the fog of war – life’s tests and trials pulling my passion and purpose slowly from underneath me. It clouded my vision and drained me of purpose, causing me to dislike school and the path my education put me on. I was afraid to own my disbelief in the status quo.

As I begin to reflect on my journey, my story, my trauma, and my healing, I realized that all of it is connected to how IntelyCare and its culture helped transform my mindset in and outside of the professional world.

IntelyCare has not only given me the tools to excel professionally but has helped me build confidence in myself by refusing to exist within the status quo. As a Black man, I never thought that I would be graced with the unique opportunity and privilege to lead a culture of diversity that allows individuals to be their pure, authentic selves, all while helping us achieve greatness together. I could easily continue to use racism, discrimination, and lack of opportunities to justify my clouded mindset and behavior. But I wanted to evolve. I desired to be progressive in my thinking and my actions. I desired change. Before IntelyCare, I carried so much brokenness, confusion and pain, but that constant burden forced me to place my feet back on the pavement and rebuild the dreams I had as a child before the fog of war clouded my passion.

I am proud to say that IntelyCare is not only building a culture and company that is revolutionary in transforming healthcare, but is committed to strengthening the communities it serves.

After the murder of George Floyd, the city of Chicago underwent days of mental and emotional depression that transformed into days of protests. Still in the heat of the pandemic, predominantly black communities had to deal with the despair of racism and murder. It was an agonizing feat on every end. Admittedly, I needed a mental break to not only recuperate with the exhaustion of racial trauma but figure out a way I could get involved in helping and supporting my community. Simply, I needed to realign and connect with my passions: community and mental health.

The killing of George Floyd re-ignited a passion in me that I wouldn’t sacrifice anymore. The amount of pain, destruction, suffering, yet unity I saw amongst the protests nation-wide moved my heart and soul to get back off the bench, let go off my fear, and get back into the fight. I no longer cared to sacrifice community development for the development of my own personal success.

Only three months into my new career, I nervously reached out to my manager regarding my mental state, asking for space and time to be refilled, refueled, and re-committed to the vision. As I waited for what seemed like years for a response, I was pleasantly met with, “How are you? How can I help?” The following day, I received a call from the president of the company who mirrored my manager’s sentiment: “How are you? How can I help?” The support I received from IntelyCare as I prepared my mental and emotional state was unlike any support I’ve ever received from an employer. It emphasized their genuine commitment to not only healthcare and our communities but the value of people like me, who work to ensure health and community aren’t placed on the back burner. The overwhelming amount of support I received as I organized a community unity walk for George Floyd’s killing helped me gain confidence in leading the walk and inspire the community that stood behind it.

I am grateful to be a part of a company that asks, “how can I help?” Instead of telling me to sacrifice my identity and the community that matters to me.

IntelyCare has given me an opportunity to become a leader in diversity, inclusion, and community development not only in my community but within the internal company as well.

I work for IntelyCare because its mission and vision to care is supported with real, impactful action.

10 Tips for Returning to Nursing School

Why is Quality Assurance in Healthcare Crucial?

A Father’s Perspective: Two CNAs Share the Benefits of Working Per Diem

Concerned About the Cost of Hiring Contingent Nursing Staff?

Can You be a Per Diem Travel Nurse?

Is Your Facility Struggling to Operate at Full Census?

What is Travel Nursing?

Celebrating ALL Nursing Professionals in 2022